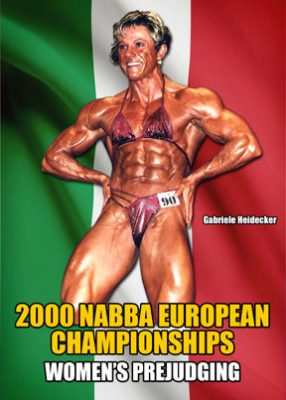 This historic contest was held in Acqui Terme, Italy on the 3rd June, 2000. The complete prejudging of around 7 hours was recorded and this will be released as 4 separate downloads.

Many of these top competitors have also competed in or won their class at the NABBA Universe or NABBA Worlds. The standard of this NABBA Europe event was exceptional.

The Overall winners were for the men Gerhard Augustin representing Austria, and for the women’s figure it was Sabrina Pitera from Italy. (There is no video from the Show Finals).