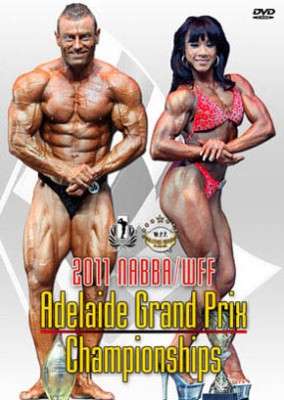 This was the second year of this wonderful new event run by former NABBA Universe Figure champion, Terri Roberts. The Expo opened in the theatre lobby at 5 pm with a number of interesting booths for the many fans to visit.

The show kicked off in front of a sellout crowd at 6:30 with a strength and agility act from Terri’s Pole4Fitness dance troupe. This was a good lead-in to the first class which was the WFF Miss Glamour/Sportsmodel – Bikini (Round 1). 10 wonderful sports models graced the stage in what was the highest standard we have ever seen in this class in Adelaide.  Two I thought who really stood out were Ashlee Stewart and Bianca Richards, but it was wide open.

Next on stage it was the WFF Miss Athletic Over 40 yrs with 3 top competitors. The woman with the best condition was clearly Kerry Ware with the other 2 women close behind her in shape and condition.

The NABBA Figure Class 2 came on stage with 2 amazing figure/physiques in Stephanie Ferretti and Indah Sanny. Stephanie displayed a world class figure with an amazing back. Indah displayed beauty, elegance and muscle in a wonderful package that was rewarded later in the evening with a special award.

Time again for the beautiful women with Sportsmodel – Sportswear  (Round 2) followed by a brief interview with guest poser LEE PRIEST. One thing that Lee announced was that he will compete in the 2011 NABBA Professional Mr. Universe later this year. Lee came back after the intermission to open the second part of the show with his famous Superman Guest Posing Routine. He was a great hit with the appreciative audience. Lee has many fans here in South Australia. This was an historic occasion in that it was Lee’s first ever appearance on a NABBA stage.

For a chance of size and style, next out were the WFF Miss Athletic Classes 1 & 2 competitors where the usual standouts of the very experienced “Jans” took centre stage.  I refer to Janere Reid and Janelle McLean with Janelle having been a top competitor over the last 20 years or so.
The women were followed by a sensible combo of NABBA Novice Men & NABBA Grandmasters Over 50 combined, with the standout physique being Rocco Fimmano. Then it was time for WFF Miss Glamour/Sportsmodel – Evening Gown (Round 3).

To conclude it was time for the big guys in the NABBA Men’s Class 2 & 3 combined with experienced star JASON BEDNARZ carrying too much ripped muscle for his competitors Peter Marshall and Blair Loveday from Melbourne who took out Class 2. It was a one show format with the awards being given out at the end of each class, making a smooth and very professionally run show. Bring on next year’s event – and congratulations to Terri for a superb job as promoter.