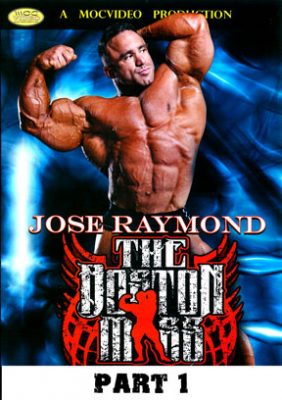 Part 1 includes Jose Raymond working out chest and shoulders, plus lifestyle. At 5′ 3″ nobody compares to his density and granite-like conditioning.