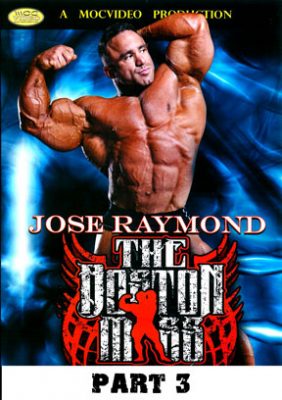 Part 3 includes workouts for arms and for legs.  Cameo appearances by Jay Cutler and Flex Lewis.  At 5′ 3″ nobody compares to Jose’s density and granite-like conditioning.