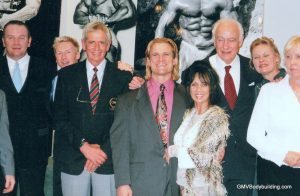 The Oscar Heidenstam Foundation honours exceptional athletes and those who by their endeavour and ambassadorship serve and inspire others. The OHF Hall of Fame Dinner was held annually on the third Saturday in March, from 1992 to 2008.

See and hear the world-famous honourees, distinguished guests and the many other personalities who attended. Enjoy the tributes, speeches, presentation of awards, and memorabilia displays. There are impromptu times of entertainment with moments of agility and various strength feats from time to time.

The major recipients of the 2005 OHF Hall of Fame Awards was TOM PLATZ.

Tom had an illustrious career. In 1978 he won the World Amateur Championships. At the 1980 IFBB Pro Universe he placed 2nd and was also 2nd at the IFBB Pro Worlds that year. In the 1981 Olympia Tom placed 3rd, and he competed in numerous Mr Olympias throughout his career. In 1987 at the Detroit Pro Championships Tom placed 6th in his final contest. Tom also appeared in a number of movies including The COMEBACK, filmed at the 1980 Mr Olympia. 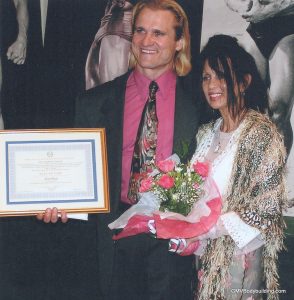