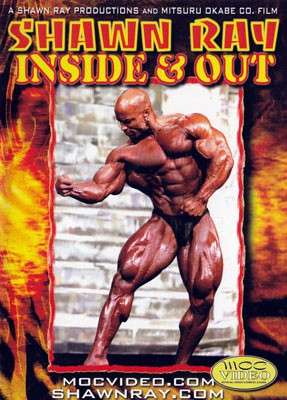 This video will take you places and show you things about professional bodybuilding and Shawn Ray that only someone like Shawn Ray can show you!!

Shawn Ray – Inside and Out

This is a must see video on a true champion.

This is a great look back at one of Bodybuilding’s favourite sons. Shawn has now moved on to become a successful contest promoter. Shawn Ray is also a well known lobbyist for athletes’ rights.  He still has a strong voice in the world of Bodybuilding today.

One full year in the life of bodybuilding’s premier athlete on tour from the Pro Iron Man in Redondo Beach California and San Francisco Pro Show, to the Arnold Classic in Columbus, Ohio.  His next stop is in New York for the Night of Champions and finishing in Las Vegas at the Mr. Olympia.  Not only will you see a personal side of Shawn Ray never before seen, but you’ll also see a professional side that is second to none.