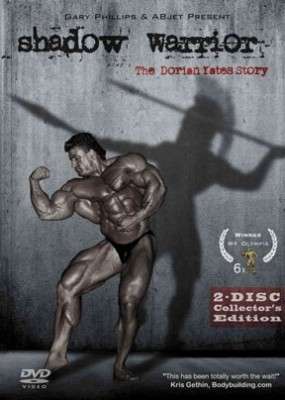 In this feature-length documentary, get a rare glimpse into the life of this reclusive World Champion as Dorian speaks openly about his humble beginnings and tumultuous rise to the pinnacle of professional bodybuilding.

Dorian Yates “The Shadow” revolutionised the world of bodybuilding with his unbeatable combination of muscle thickness, separation, and symmetry.  He dominated the Mr. Olympia competition for 6 long years. Never claiming any form of genetic superiority, Dorian’s success was attributed to his lethal mix of grit, determination, and never-say-die work ethic.

In this feature-length documentary, get a rare glimpse into the life of this reclusive World Champion.  Dorian speaks openly about his humble beginnings and tumultuous rise to the pinnacle of professional bodybuilding. He shares how giving up in the face of career ending injuries was never an option.

Learn little known aspects about his career as he takes us behind the scenes at Temple Gym, on a guided tour of what has become an iconic landmark for bodybuilders and fans around the world.
Be a fly-on-the-wall as The Shadow trains some of the world’s top bodybuilders sharing with them the brutal high intensity work-outs, unique approach, and philosophy for training and nutrition that have secured his place as a legend in bodybuilding history.

Join in on the action, as Dorian trains Evan Centopani, John Hodgson, Marika Gethin, Lewis Yates, Ron Harris and the legendary Chris Cormier (in the now famous chucking-up after a big-workout sequence!).
Please be aware that some of this footage is from rare and private archives and informal shooting going back some years from Dorian’s career. Most of the footage was not professionally shot with a DVD in mind.