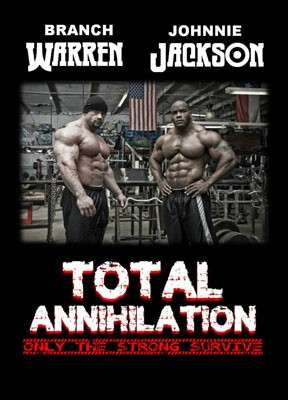 Only the Strong Survive!!

Branch Warren and Johnnie Jackson share their brutal workouts four weeks out from the 2014 Mr. Olympia. This is totally incredible footage!

Experience the intense hardcore training that goes on at Brian Dobson’s Metroflex Gym as these two push each other to the extreme limits for one goal…..

Be the last man standing in 4 weeks!

A LIST OF OTHER DVDs WHICH INCLUDE BRANCH WARREN.