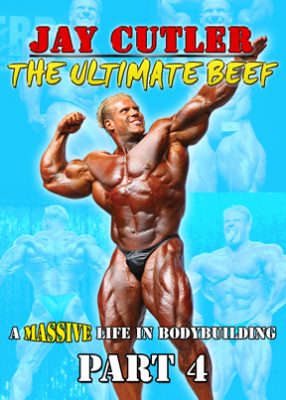 Part 4 – the final part of a 4-part download.  Lot’s of pump room footage and posing from the Olympia and Grand Prix.

2003 & 2004 Mr. Olympia Pump Room and behind the scenes
2003 winning the English Grand Prix and all scenes with Jay
2006 winning the Austrian Grand Prix
2009 Mr. Olympia posing and highlights including backstage PR
Contest history and credits

Learn some of Jay’s “secrets” in this informative and in-depth seminar footage shot with one of the world’s greatest champions.
3 intense seminars packed with info leading up to Jay’s first Olympia victory in 2006 and more during his years of greatest success.

Hear about his training routines, weights and exercises used, what he eats, drinks, contest preparation and much more. No question is dodged. You will see the growth of Jay as a superstar during these seminars over a 4 year period. Includes some informal posing.