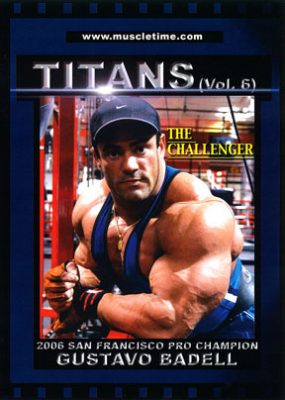 Gustavo Badell is the man who beat Ronnie Coleman and Jay Cutler in the 2005 Mr. Olympia Challenge round!! Filmed a few days out from the 2006 Arnold Classic in Las Vegas.

Lee and Gustavo had both won GPs recently and this is the condition you will see. Mustafa is a fast rising star and also a great champion.