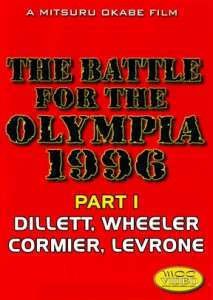 A major event in the world of bodybuilding DVDs and downloads!!

GMV Productions is excited to announce that GMVBODYBUILDING.COM is partnering with MOCVIDEO to make all of the back list from MOCVIDEO Productions available as high quality Digital Video Downloads.

It will take some time to release them one at a time starting from the first Battle from 1996, which is available in three parts now.

In addition some FEATURE WORKOUTS will be released from time to time till the complete MOCVIDEO list is available on download.

MOCVideo was started by Mitsuru Okabi 20 years ago – Bruce Lester took over in 2010 when Mits went back to Japan.