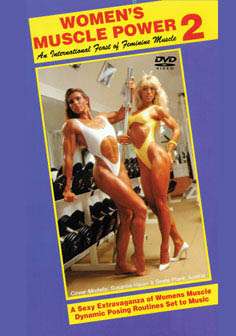 See posing by world famous stars such as Tonya Knight, doing her brand new long routine at FIBO. She was a legend.

Juliette Bergmann won the Overall Ms Olympia in 2001 and also won her section at the Ms. Olympia in 2002 and 2003. Juliette was a true superstar of bodybuilding.  We also have separate DVDs on Juliette, see side bar.

You will also see posing by another world famous star in Tonya Knight, performing her brand new long posing routine at FIBO. She was a women’s bodybuilding legend as was Laura Creavalle.  We also have a separate DVD on Tonya Knight, see side bar.