Here is Part 2 of my 2016 Olympia Wrap Up with some thoughts on the other 6 classes at the Olympia. There being 4 classes each for Men and Women this year.

COMPLETE RESULTS listing every competitor in each class. 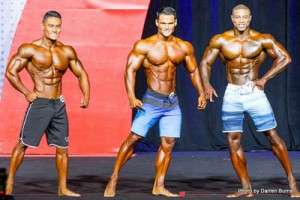 MEN’S PHYSIQUE
This was a three-peat victory for Jeremy Buendia of USA. He is now the 3X Men’s Physique Olympia Champion. It was a clear-cut victory in my opinion and the tension on Jeremy’s face before the final announcement told me how much this third victory meant to him. He looked amazing.

Close behind Jeremy was UK’s own Ryan Terry. He is a wonderful example of what constitutes a top men’s physique competitor. 3rd was Jeremy Potvin and in 4th place Brandon Hendrickson, with Andre Ferguson rounding out the top 5. I feel that Brandon has the potential to win this class one day. He also had the loudest cheer squad, and boy were they loud – right behind my platform!

CLASSIC PHYSIQUE
This was a brand new class this year and the inaugural winner was Danny Hester of USA. He now goes into the history book as the first Classic Physique Olympia Champion. Danny has been competing for many years and his wonderfully balanced classic physique – along with his great experience, was enough to enable him to take out the title. It was an extremely tough class.

In second place was Arash Rahbar who edged out one of the favourites in Sadik Hadzovic. I felt that Sadik may have grabbed a slightly higher position, but I heard that the judges had remarked on his hamstrings, and the fact that they had seen him a fraction sharper in the midsection. Sadik had the best posing routine, in my opinion, and his graceful posing was so reminiscent of Frank Zane.

4th went to Breon Ansley with veteran IFBB Pro Champions of a few years ago in Darrem Charles rounding out the top 5. I could see how disappointed Darrem was as he has been winning many recent contests. But it was not to be on this day. His posing was also exceptional. 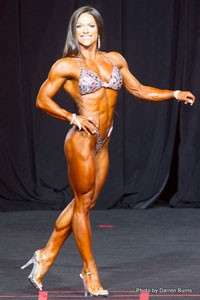 FITNESS OLYMPIA
Over the years we have seen some great Fitness Olympia champions from Susie Curry to Adela Garcia to Oksana Grishina of Russia. Oksana is now building her own reputation as the unbeatable champion. The super star of the Fitness Olympia stage. This year, 2016, Oksana became the 3X Fitness Olympia Champion.

Tanji Johnson in her last Olympia placed 2nd and our congratulations on a wonderful career. 3rd place went to Germany’s Regiane Da Silva, a consistent top performer, and the next two places went to Whitney Jones and Bethany Wagner. 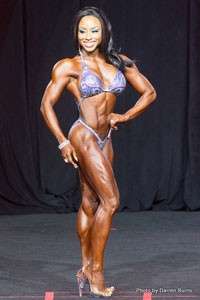 FIGURE OLYMPIA
It was a convincing victory for USA’s Latorya Watts, proving that last year’s victory looks like being the start of something big. She is now the 2X Figure Olympia Champion, and looking like there will be many more to come.

The top 3 women all had quite similar physique, with tiny waists, quite broad shoulders making for a great V-shape, and superb balance and symmetry. 2nd went to Candice Lewis-Carter who was looking the best i have ever seen her.

3rd place was taken by Cydney Gillon meaning that former champion Nicole Wilkins had to settle for 4th place, such was the incredible standard this year.  Swann Delarosa rounded out the top 5. 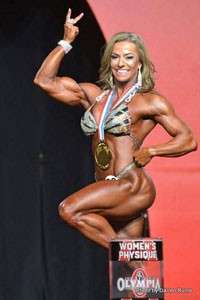 WOMEN’S PHYSIQUE
The pattern continued with last year’s champion coming back strongly to retain the title. This time it was Brazil’s Juliana Malacarne who was the 2016 3X Women’s Physique Olympia Champion. Her complete package and great posing was sufficient to see her taking home the main trophy after facing strong opposition from Danielle Reardon in 2nd place and the pocket sized ball of muscle in Heather Grace who placed 3rd.

Kira Neuman 4th and Jamie Nicole Pinder rounded out the top 5. Two special mentions. This contest brought to a close the wonderful career of Mindi O’Brien from Canada. She has been a star in Women’s Fitness and then in Women’s Physique. Her wonderful routines and sunny personalty will be greatly missed.

The other special mention goes to 8th placed Autumn Swansen for her amazing posing routine. It had everything you could imagine in a superb routine, and I see her moving up the rankings next year to a top position. 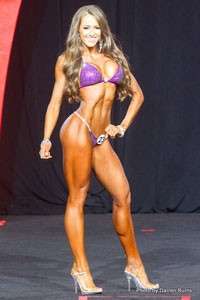 BIKINI OLYMPIA
This class commenced in 2010 and the past winners have been Sonia Gonzales, Nicole Nagrani, Nathalia Mello and then the reign of Ashley Kaltwasser for the years 2013 to 2015 inclusive.
However this year Ashley had to make way for the new young champion in Courtney King of USA. I would not be surprised to see her hold onto this title for quite a few years.

In second place was Angelica Teixeira with multi title winner India Paulino 3rd, Ashley Kaltwasser 4th, and in 5th place Jennifer Ronzitti. This rounded out a fantastic Olympia competition for 2016, with the 2 new champions being Courtney King and Danny Hester.

Thanks to GMV team member Darren Burns for his outstanding photos.

Also a word of congratulations to Robin Chang and his team. The whole event was brilliantly organised – from the Expo to the Arena, and professionally staged from the excellent lighting down to the very last detail. Too often these factors go unacknowledged and full credit to all involved for such a wonderful competition and experience.