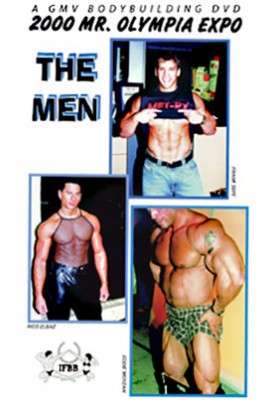 Catch all the excitement of the Mr Olympia Expo with extra posing for the DVD shot by GMV at the Mandalay Bay’s exotic Shark Reef location. GMV’s cameras journeyed up and down every aisle at the Expo each day, seeking out interesting and famous people in the sport, asking them to hit poses or do brief interviews for us, or both. We had great success!

ALMOST ALL OF THESE GUYS ARE INTERVIEWED, & MOST HIT POSES SPECIALLY FOR OUR GMV CAMERAS!!

Of the major guys listed below, by our calculations, 12 of them have competed at some stage in an Olympia contest. See if you can name them!  Also includes highlights of the Fitness Men’s Model Quest, interview with Mickey Hargitay re his Joe Weider Award, Big Sean Allan and Rico Elbaz (ex Chippendales) posing at Shark Reef.

Plus child strength star and physique sensation, Richard Sandrak, and more. Richard’s story has been featured on mainstream TV. This is our most comprehensive footage on Richard.

This all male special features the following stars: