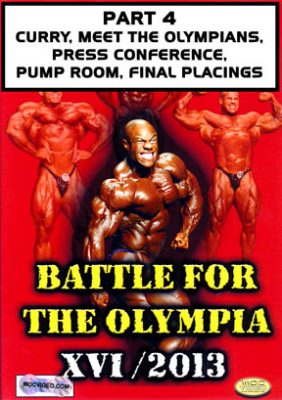 Phil Heath Three-Peats by earning his third Sandow.  He established himself as one of the best bodybuilders to ever step on the Mr Olympia stage. We travelled to Denver, Colorado to watch Phil blast legs for us just 5 days before the big show!

Also on the line-up was a slew of big-names that were chomping at the bit to get a piece of Phil.  Jay Cutler allowed us into his home and we filmed a great segment in his office and garage, which included his brand new Rolls Royce.

Over in New York we had a chance to film Victor Martinez at Bev’s, Evan Centopani, and Brandon Curry in Tennessee. We visited Branch and Johnnie in Texas, and The Big Bad Dennis Wolf in Vegas.  Shawn Rhoden was at the Mecca Golds in Venice, Roelly in Vegas, and also rookie sensation Big Ramy and Lionel Beyeke trained by Dennis James in Phoenix.